Our 1958 Toyota Toyopet Custom Crown Deluxe will be making it’s first car show appearance at the “Cars Under The Stars” car show in Jackson, Mississippi on March 2, 2013.

Daron Pitts, part of the team that drove to California to pick up the Toyopet, and current researcher on the Toyopet story, was interviewed by Mississippi Public Radio. The Friday, March 1, episode of “Mississippi Edition” will feature his interview and more about the Cars Under The Stars car show. You can listen between 8:30 a.m. – 9:00 a.m. for the interview. For more information about MPB and “Mississippi Edition”, visit http://mpbonline.org/mississippiedition/

You can listen to the radio program at http://mpbonline.org/mississippiedition/me030113/ 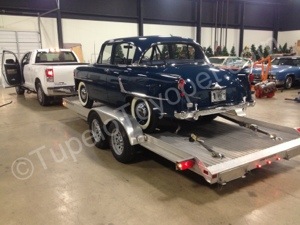